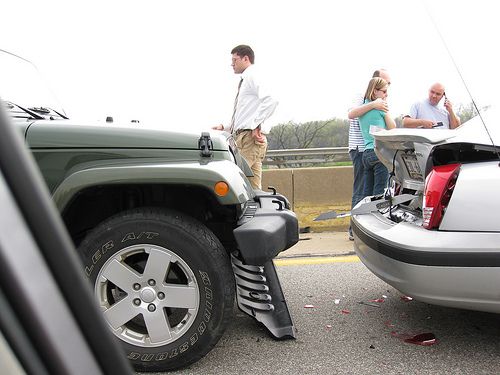 It appears that Charleston and Mt. Pleasant police are enforcing the new no texting while driving law.  Charleston and Mt. Pleasant both passed ordinances last year aimed at reducing the number of distracted drivers on the road.  The Charleston City Paper reported that since February, the Mt. Pleasant Police Department has issued four tickets.  Three of these tickets were issued in April, and until February, no tickets had been written in Mt. Pleasant for texting while driving.  Similarly, since passing the ban, the City of Charleston Police Department has apparently issued six tickets, with the majority of them being issued in May.  Although there was a slow start in enforcing the ban on texting while driving, if April and May were any indication, it appears that the number of citations may go up for lowcountry residents in the near future.

Facts and Statistics About Texting and Driving

Keep in mind that a violation of this statute could come into play in civil lawsuits because the violation of a statute, which has the essential purpose of protecting persons such as the injured party from the kind of harm suffered, amounts to negligence per se on the part of the defendant.  In South Carolina, negligence per se is some evidence of recklessness and willfulness that requires submission of the issue of punitive damages to the jury.

If you or a loved one has been involved in a car accident in Charleston, SC or the surrounding areas with someone you think was texting while driving, call Anderson & Schuster, Attorneys at Law, LLC to consult with a Charleston, SC Car Accident Lawyer today.

​Source:  www.distraction.gov "What is Distracted Driving?"