What is Considered “Driving” in Driving Under the Influence?

South Dakota's Supreme Court recently overturned a DUI conviction for a man who, while standing outside of his truck, reached inside to grab a pack of cigarettes and accidently bumped the transmission shifter into neutral, causing his truck to roll into another vehicle. 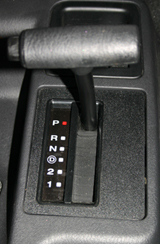 The lower courts ruled that the DUI conviction should stand beause he was in actual physical control of the vehicle while intoxicated.  The high court disagreed, saying that he could not have operated the truck in the normal and ordinary manner and, therefore, was not exercising dominion or control of the vehicle in such a way that is contemplated by the state's DUI statute.

The DUI case raises an interesting issue and one that frequently comes up in conversation.  Usually the question goes something like this: "Can someone get a DUI if they are asleep in a car with the keys in the ignition?"  To be convicted of DUI in South Carolina, the state must prove that someone was 1) driving a vehicle, 2) in South Carolina, 3) while under the influence. So, the question really becomes, what constitiutes driving and what does not?

The South Carolina Supreme Court addressed this particular DUI issue back in 1977 in State v. Graves. Graves was charged with DUI after an officer happened to see Graves asleep in his vehicle with the motor running, parked in a parking space, with the transmission in gear. When the officer asked Graves to get out he complied, but when he did the vehicle began to move because it was not in park.  The South Carolina Supreme Court held that his actions did not constitute driving within the meaning of the DUI statute and, since there was no other direct or circumstantial evidence of driving presented, the DUI conviction must be reversed.

Graves offers some great insight as to what constitutes driving for purposes of DUI in SC.  However, it is not the end of the story.  Officers can and will use any circumstantial evidence to try and prove driving, and the succcess or failure of challenging the State's evidence of driving depends heavily on the specific facts of each case.